My very first public performance was in 2007, even though I’ve been writing music my whole life and releasing albums since 2000.  I never imagined being a touring musician and public performance used to absolutely terrify me.  But, after a few concerts here and there from 2007 to 2010, and then starting my own in-home concert series in 2011, to doing my first official full length tour on the West Coast in 2012, followed by an epic US tour through 27 states in 2013, to touring regularly and almost monthly this last year in 2016… my life as a full time musician has become something entirely different than when I started on this adventure sixteen years ago.

When I’m home, I’m either working on new music and new album projects, doing a lot of marketing and promotion, and working on various ideas and projects I dream up on occasion.  All of that is mixed in with some “me time” of watching movies, reading, hanging out with friends and family, and just living a pretty normal life.  I stay pretty busy with the administrative side of my musical career, and I absolutely love my time at the piano.  I’m always trying new ideas and strategies to grow my business, get more exposure for my music, and further my own personal evolution.

Click here to see who my favorite piano players are!

When I’m on the road, out playing concerts for my fans, seeing the states, enjoying the adventure, life is a delightful mix of vacation and work.  Touring life seems glamorous and exciting, but in reality it’s very busy, especially when I’m doing back to back shows each night.  Time seems to pass quickly when I’m on the road, and each day is pretty similar to the last.  Wake up, eat breakfast, hit the road and make the 2-6 hour drive between venues, check into the next hotel, get organized and cleaned up, eat a late lunch, go to the venue and set up, perform and mingle with everyone, eat a late dinner, go to bed.  Wake up, repeat.  Sometimes I’m only doing 3 shows (Thursday, Friday, Saturday), other times I’m doing 5 shows (Wednesday, Thursday, Friday, Saturday, Sunday), and sometimes I’m doing weeks at a time on the road. 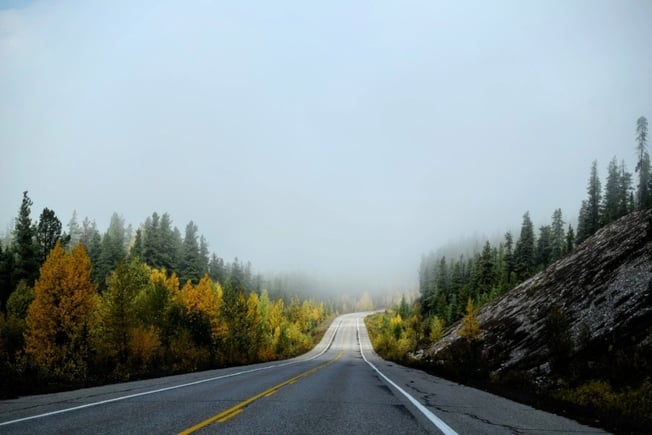 Whenever possible, I’ll fit in some sight seeing or the opportunity to visit with friends and family along the way.  I almost always share a tour with a fellow musician friend, which makes the time away from home even more enjoyable, and the adventure even more fun.  Some of my very favorite tours have been with Joseph Akins, Doug Hammer, and Scott D. Davis.  My all time favorite tour was in 2013 when Scott D. Davis and I played 30 shows, in 27 states, over a period of 2 months, and we drove 11,000 miles!  I wrote a couple of songs on that tour… “Synesthesia” and “11,000 Miles” which are both on my Undercurrent album.

For the rest of 2016, I am working on my next album, but as soon as I release that (hopefully in February 2017), I want to get back out on the road to tour and promote the new album.  I’m planning on a West Coast tour, an Intermountain West tour, an East Coast tour, a Great Lakes tour, a Deep South tour, a Texas tour, and a Florida tour. By the time I finish and release this album, I’ll be really excited and ready to get back out there to share my music with everyone.